3 Effective At-Home Remedies for Getting Rid of Household Ants 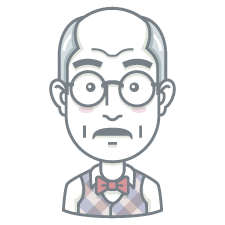 Ants, spiders, fleas, mice and silverfish were all problems in my house at one point. When we bought the house, it hadn't been lived in for about three years. Since it was basically abandoned, the pests moved in and made it their homes. The first few months of battling with these pests was the hardest. We had so many different pests to contend with that it was hard to know where to start. With the help of a professional pest control technician, we have taken our home back from those pests and have been living pest free ever since. Find tips on eliminating the pests in your home here on my blog.

3 Effective At-Home Remedies for Getting Rid of Household Ants

There is nothing worse than finding swarms of ants crawling all over your kitchen floor, countertops, and cabinets. Ants can make their way into a home and can be terribly difficult to eliminate. If you are currently struggling with ants in your home, you could try to get rid of them naturally by trying some of the following natural ant deterrents.

You likely have both distilled white vinegar and apple cider vinegar in your pantry; both of these household ingredients are known for having powerful effects with ants. To use either of them, you should mix equal parts of vinegar with water. For example, if you're using white vinegar, mix one cup of the vinegar with a cup of water.

Mixing these ingredients in a spray bottle is the best option because this allows you to easily spray the mixture in areas where you see ants and where ants enter your home. You should spray this mixture by doorways, on windowsills, and on your countertops. You can spray it anywhere else you would like, and you should know there are no dangers in using either of these ingredients. They are both safe for you, your kids, and your pets.

Ants do not like vinegar, though. Vinegar has a very strong smell, and when ants detect this odor, they will usually turn in the opposite direction. They want nothing to do with this type of smell. Other types of pests, including spiders and fruit flies, may also turn the opposite way due to the strong aroma vinegar offers.

Another common household ingredient you could try is cinnamon; you probably have this on hand as well. Cinnamon is a spice that most people enjoy the smell of; however, ants view cinnamon the same way as they view vinegar: they don't like the scent. Because of this, spreading cinnamon around the same areas where you could use the vinegar spray will also deter ants from entering in. If you prefer, you could mix cinnamon oil with water and then spray it around instead of sprinkling cinnamon around these areas.

Cinnamon has another benefit, too, when used for eliminating ants. Cinnamon contains a lot of different ingredients, and some of them are toxic to ants. If ants ingest cinnamon, it could kill them. Additionally, if you use cinnamon to get rid of ants, you can have a fresh scent in your home along with fewer ants.

While borax is not a natural ingredient, it is a common household product you might have already. Borax is a cleaning product you might use for your laundry, but it can be lethal if someone eats too much of it. If you have kids or pets, you should make sure they cannot access this ingredient if you use it for getting rid of ants in your house.

There are a lot of ways to use borax to get rid of ants, but one of the most effective ways is by making your own bait traps. To do this, mix white sugar, borax, and water until it creates a thick paste consistency. Next, spread the paste on small pieces of cardboard and place them in areas where you see ants. When ants walk through the mixture, they will end up eating some of it and may even bring some back to their fellow ants. After a day or so, the ants that consumed the borax will die. Using sugar in the mixture attracts the ants and encourages them to eat the mixture.

You can always try one or more of these methods when trying to get rid of household ants. If you still have ants in your home after this, you might need professional help for eliminating them. Contact services like Good News Pest Solutions to learn more.